In our continual effort to increase safety and security at our schools, the Oshkosh Area School District has expanded its safety protocols through the use of the Raptor Visitor Management System. The new visitor management system will be implemented on March 16, 2020, at all OASD schools.

Upon entering a school building, visitors will be asked to present a valid state-issued ID or simply provide their name and date of birth, which will be checked against a national sex offender database to ensure that registered sexual offenders are not entering our buildings. The system will also create a badge for visitors to wear while visiting a school. All visitors that wish to enter student areas of a school OR pick-up a student during school hours will be required to sign-in using the Raptor system. Visitors that are simply dropping something off at the office or meeting with office staff will not need to use the system.

If a parent/guardian or visitor does not have a US government-issued ID, the school staff member can use any form of identification and manually enter the person’s name and date of birth into the Raptor system. The only data collected is the individual’s name, date of birth, and picture. No other pieces of information are collected nor is any of this information shared with any outside agency. 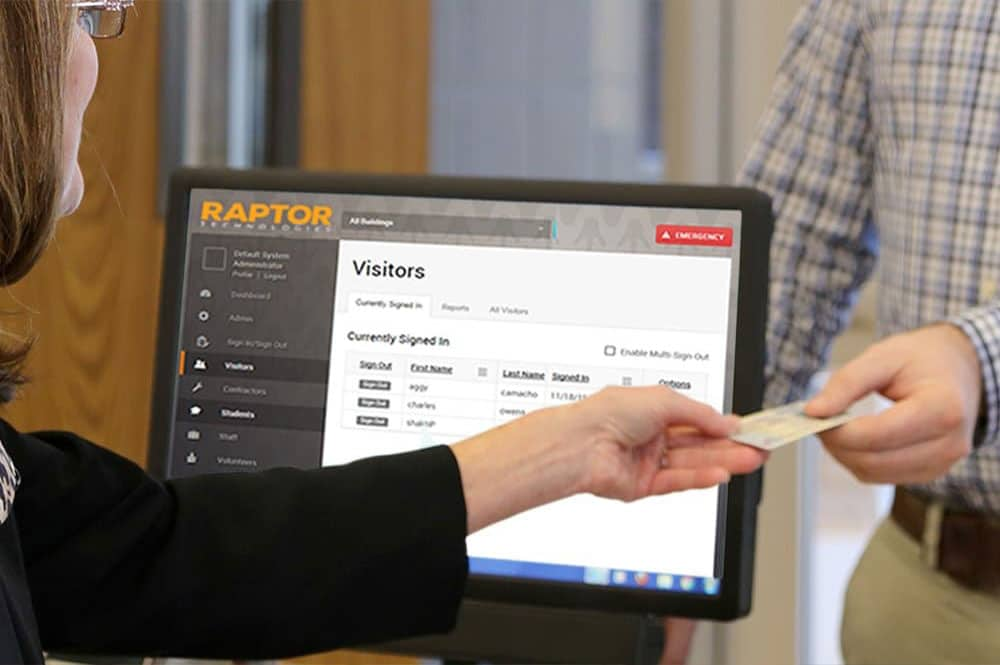 The safety of our students and staff is our highest priority and the District has been proactive in implementing a layered approach to school safety. The Raptor Visitor Management System will allow us to quickly identify those that should not have access to our schools, and ensure that we continue to provide a safe and welcoming school environment.

Need something?  Have a question?  We're here for you!

The ordering site is open until april 17.

We have added vests and "tall" options

Delivery expected first weeks in May

Stay connected to messages from Principal Poquette, a daily post of announcements and updates!

Keep up to date with the latest news from ALPs.

This calendar is subject to change depending upon school closing decisions made by our school district and the state of Wisconsin.

Students fees will follow them all through their school career in Oshkosh Area School District, and can make them ineligible for participation in some activities.

On Sunday, December 15 the Polystyrenes and CODE Orange competed with 29 other teams at the Appleton East High FLL Sectional Tournament. The teams had a successful day and were excited to be nominated for a few awards each, as well as both winning an award.

Polystyrenes were nominated for:

Polystyrenes were winners of the Robot Programming Award. “This award recognizes a team that uses outstanding programming principles, including clear, concise and reusable code that allows their robot to perform challenge missions autonomously and consistently.”

CODE Orange were nominated for:

CODE Orange were winners of the Inspiration Award. “This award celebrates a team that is empowered by their FIRST Lego League experience and displays extraordinary enthusiasm and spirit.”

Both teams are advancing to the Wisconsin State        Championship Tournament on Saturday, February 8 in Waukesha.